Scifi, Dystopian Future, San Francisco. Great intersection for me. Asks lots of great questions. Reminds me a lot of Ghost in the Shell.

Ok movie, was excited about it. I like the premise of space, and aliens. Reminds me a lot of Interstellar. Nice chill sunday evening movie.

Cloud With a Chance of Meatballs

Amazing writing. I love the colors and the world building.

Loved this Space Opera themed series. As a teen, I wanted to be Spike Spiegel and fly through space. He was so cool. See you later Space Cowboy.

Really love this film. Part of it speaks to me. It's great when you feel angry about the world

Tyler Durden: The things you own end up owning you.

Tyler Durden: It's only after we've lost everything that we're free to do anything.

Ghost in the Shell

The original animated movie, in Japanese with English subs. Really makes you think about what the future of humanity can be like.

Breath taking for its time.

Also worth watching is the anime series, "Ghost in the Shell: Stand Alone Complex"

The 2017 Scarlett Johansson version was more of an action film and didn't really ask any philosophical questions about the future of humanity.

Decent Film, was interesting to learn about how Black Women contributed to Nasa.

One of my favorite Pixar films. Great writing.

A great heist film. I loved the ending.

This movie speaks to the child in me, and has so many life lessons. I love the amount of detail in this movie, and how Lego pieces were used for everything.

The sequel was good, but as good as sequels can get.

President Business: Hey, not so special anymore, huh? Well, guess what? No one ever told me I was special. I never got a trophy just for showing up! I'm not some special little snowflake, no! But as unspecial as I am, you are a thousand billion times more unspecial than me! Emmet: You don't have to be the bad guy. You are the most talented, most interesting, and most extraordinary person in the universe. And you are capable of amazing things. Because you are the Special. And so am I. And so is everyone. The prophecy is made up, but it's also true. It's about all of us. Right now, it's about you. And you still can change everything.

Was taken surprise by this. A great intersection about all the things I love.

This series speaks to me. I didn't see it coming, and it looks like it just launched on Netflix.

An 18 episode animated series, all with different styles and stories. Dystopian scifi, with episodes between 6 to 18 minutes long. Some humor, some mature content.

If you have my tastes, you may enjoy it too. Am pleasantly surprised.

Great film. The whole movie is filmed around a phone booth.

I'm definitely biased because I used to work at Facebook, but still a great film nonetheless.

Great surprise at the end. 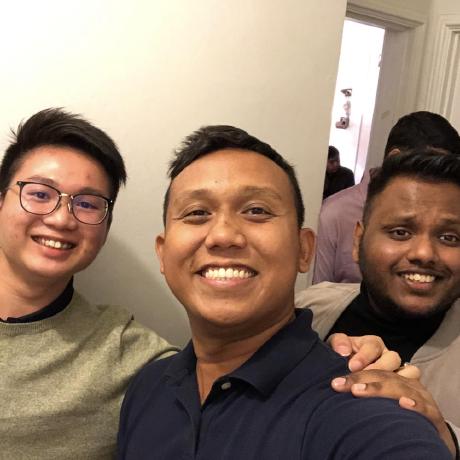